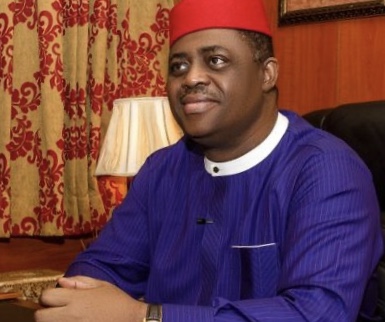 Former Minister of Aviation, Femi Fani-Kayode has reacted to the condolence message of the Defense Minister at the Burial of the COAS.

The burial of the Chief Of Army Staff and some other military officers who died in the plane crash was yesterday and the Defence Minister Bashir was there to offer his ‘heartless felt’ condolence to the bereaved family.

Femi Fani-Kayode reacting to that asked how worse this could be because first, the president who was in Abuja refused to attend the burial, and the minister of defense who was there just added insult to injury.

According to Femi Fani-Kayode, the minister of defense who was there didn’t say anything sensible but rather claimed he had come to express his heartless felt condolence to the families that have lost their loved ones.

Speaking about his speech being a Freudian slip, Femi Fani-Kayode asked how worse can it be that a whole minister of defense could slip to say he’s there at the burial of the COAS to express his heartless felt condolence.

First our President refuses to attend the COAS' burial even though he was in Abuja. The Minister of Defence was there & instead of talking sense he said he had "come to express" his "HEARTLESS felt condolences".

Talking about a Freudian slip!!! How much worse can this show get! pic.twitter.com/liFtMwtqbK