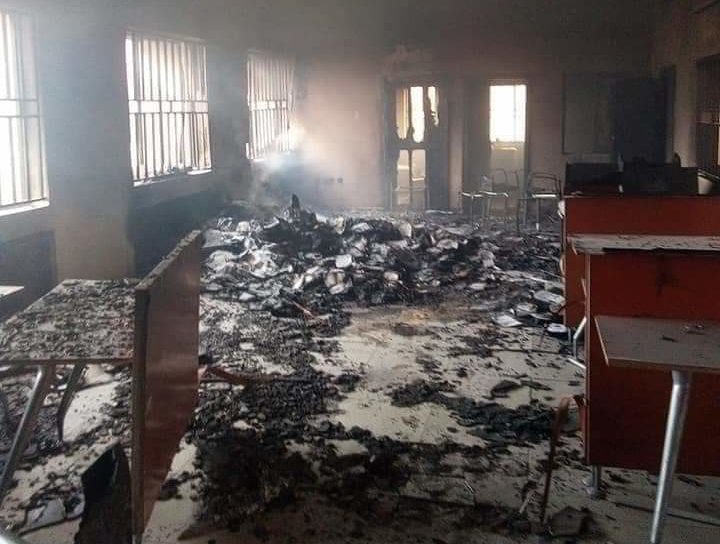 The Federal High Court in Abakaliki, Ebonyi State was been destroyed by fire.

This happened on April 27, The gunmen reportedly used petrol bombs on the building located near the headquarters of the Peoples Democratic Party (PDP) in Abakaliki, Ebonyi capital, on Tuesday.

The attack on the court complex reportedly left two security guards injured. No death was recorded in the incident.

The incident was confirmed by the police spokesperson of the State Police Command, Loveth Odah who stated that the attackers came in their large numbers to carry out the attack.