Life & Times Of Diego Maradona: 10 Big Moments In The Life Of The Late Former Argentina Star

The world of football was left in mourning on Wednesday when news broke about the passing of Argentina legend and one of football’s greats, Diego Armando Maradona.

He passed away in his home country of Argentina at the age of 60 after suffering a heart attack.

Born in the town of Lanús, Buenos Aires Province, to a poor family, Maradona grew up in Villa Fiorito, a shantytown on the southern outskirts of Buenos Aires, the Argentine capital. But his humble beginnings would represent a stark opposite from how the former Napoli playmaker would exit the stage; he had lived a life full of events and moments, many he would be proud of, some others not so much.

From leading Los Albiceleste to winning the World Cup in 1986, to his cocaine addiction and his constant battle with obesity, it was quite an eventful life both on and off the pitch for the former Argentina number 10.

As we celebrate the life and times of a man who is widely regarded as arguably the greatest ever to play the game, we take a look at 10 big moments in the life of Diego Maradona. 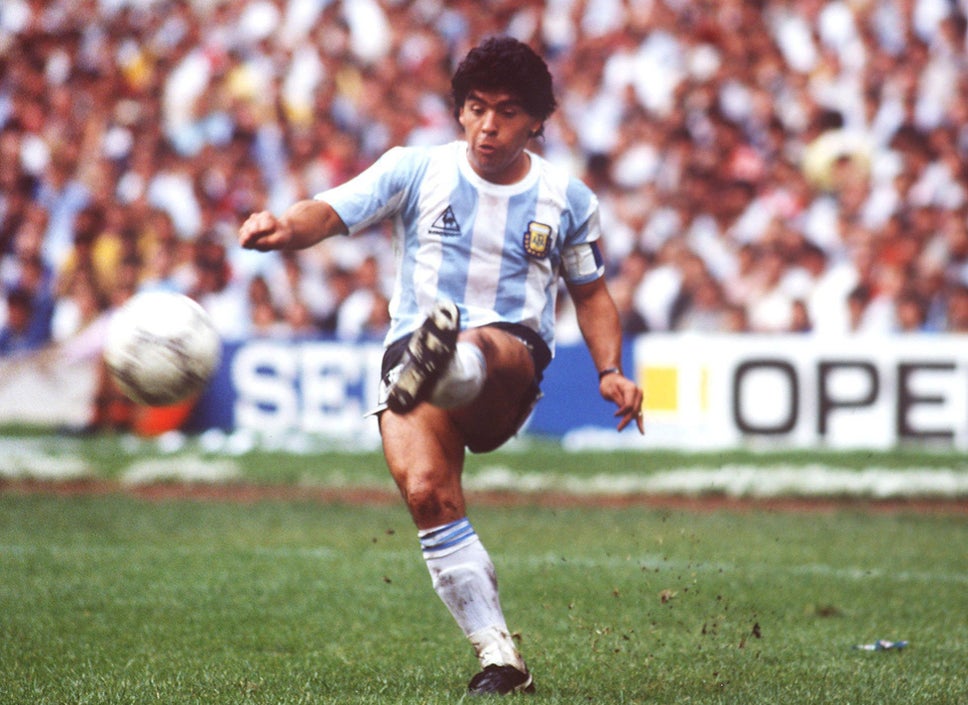 Towards the end of his unhappy two year spell at Barcelona, Maradona was involved in an incredible post-match fight with Athletic Bilbao players.

The two sides, who were bitter enemies at the time, met in the final of the 1984 Copa del Rey. Athletic won a violent game 1-0, but at the final whistle all hell broke loose in a huge scrap involving players and staff. Maradona was one of the major protagonists, executing a number of acrobatic flying karate kicks. 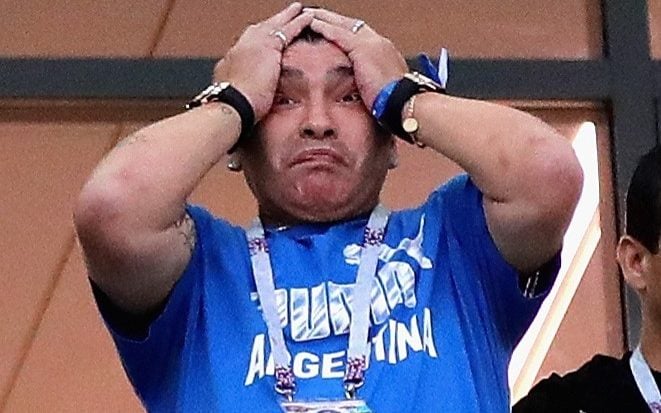 Maradona has always been something of an emotional character, and never was this more apparent than during the final of the 1990 World Cup against West Germany. A very poor Argentina side had somehow scraped through to the Rome showpiece after successive penalty shootout wins over Yugoslavia and hosts Italy.

The final itself was a dour, if somewhat heated, affair. Argentina had two players sent off and lost the game on a non-existent penalty five minutes from time, which Andreas Brehme converted. This sent Maradona’s emotions into overkill, and after angrily confronting the referee on every possible occasion as Argentina’s World Cup crown slipped away, he burst into tears after the final whistle with the iconic picture of his runners-up medal around his neck.

Maradona’s Eyes Are Popping Out 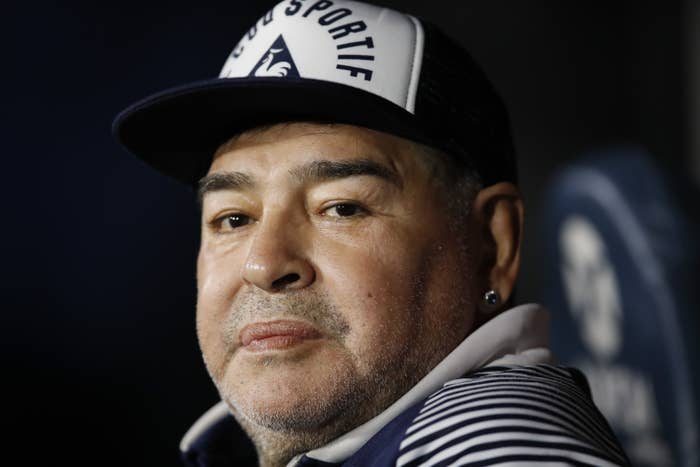 Maradona’s participation at USA ’94 had seemed very doubtful after a difficult couple of overweight years at Sevilla and Newell’s Old Boys. However, he somehow managed to whip himself into some kind of shape to make the finals. Moreover, Dieguito scored a brilliant goal in the opening 4-0 thrashing of Greece.

His celebration after this top-corner curler, though, will go down as one of the most infamous in history as Maradona charged to the pitch-side camera screaming, shouting and with his pupils more dilated than the bath-needing junkie who used to go out with Kate Moss.

Pele ‘Debuted With A Lad’ Maradona and Pele are often described by the mainstream media as the two greatest players in the history of the game, but the pair have never enjoyed a good relationship. The bad blood between the South Americans has evolved into an almost-continuous slanging match over the last few years.

In March 2009, Pele labelled Diego as a “bad role model” for children because of his history with recreational drugs. Maradona replied in an Argentina press conference by referring to rumours that Pele lost his virginity to a man: “What do you want me to say? He debuted with a lad.” 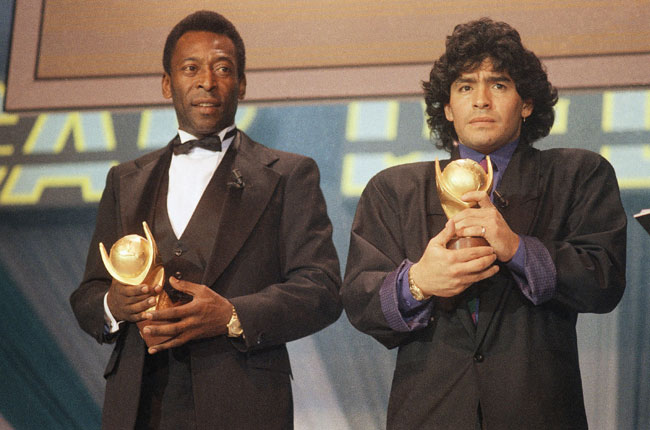 It is no secret that Maradona is a sworn enemy of the politics of FIFA, and one of their main figureheads Pele.

At the turn of the millennium FIFA decided to create a FIFA Player of the Century award for the greatest footballer of the twentieth century. The winner was to be decided by the public, mainly via FIFA’s official website. Maradona easily won, gaining 53.60 per cent of the vote, with Pele in second with 18.53 per cent. Then, controversially, FIFA decided to add a second award, decided by a ‘football committee’. Pele was chosen as the winner.

At the presentation, Maradona showed his disgust at FIFA’s politics by leaving the ceremony immediately after receiving his trophy and before Pele was given his.

Hand With The Gun

Just a few months prior to the 1994 World Cup in the United States, Maradona was struggling for form and fitness and was being hounded by the press. The Argentine responded to this invasion of privacy by firing a compressed air-rifle at reporters outside his home in Moreno. Some of the reporters struck by the pellets were slightly injured.

The Dive Of Maradona Argentina went into their penultimate 2010 World Cup qualifier against Peru in Buenos Aires in desperate need of a win. Leading 1-0 in the pouring rain, the rock-bottom Peruvians snatched an 89th minute equaliser through Hernan Rengifo. Argentina’s World Cup hopes were looking dim, and Maradona’s head dropped to the floor.

Astonishingly, though, deep into injury time Martin Palermo popped up at the back post to steer the ball home and leave Argentina’s destiny in their own hands ahead of Wednesday’s trip Uruguay. This dramatic finale sent Maradona wild, and he ran up the touchline to perform a theatrical dive, sliding across the waterlogged pitch. Argentina went into the 1990 World Cup final with the whole world against them. Their negative and cynical football had won them no admirers, and their national anthem was roundly booed by the German-supporting crowd prior to the final at Rome’s Stadio Olimpico.

Maradona responded to this lack of respect by twice mouthing into the camera the offensive Spanish phrase, “hijos de puta”. You didn’t need to be the world’s best lip-reader to understand what he was saying. 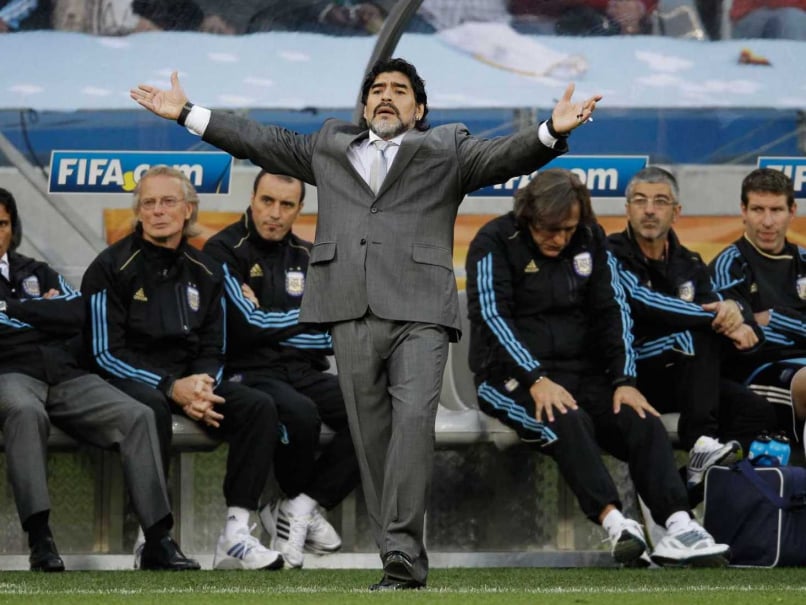 In 2000, Maradona became fed up by the constant intrusion into his personal life by paparazzi that he reacted by punching and breaking a photographer’s car window. Diego explained the incident as follows:

The most infamous goal in World Cup history occurred during the quarter final of the 1986 World Cup in Mexico between Argentina and England. With the score locked at 0-0 six minutes into the second half, Maradona chased a miss-hit clearance by England midfielder Steve Hodge, jumped above goalkeeper Peter Shilton before flicking it past the veteran with the outside of his left fist. The referee failed to spot the infringement and Argentina took a one-goal lead. Minutes later, Maradona would score the ‘Goal of the Century’ after dribbling past half of the England team – Argentina would win 2-1 and go on to lift the World Cup.

After the quarter final Maradona said that the goal had been scored “a little with the head of Maradona and a little with the hand of God,” also saying it was revenge for the Falklands War between England and Argentina four years earlier.

Aubameyang sends message to Ozil ahead of Fenerbahce unveiling