AS various Panels of Inquiry commence hearing across the states on activities of the defunct Federal Special Anti-Robbery Squad, F-SARS, a Civil Society Organisation, CSO, Citizens Action for Good Governance, CAGG, Thursday, declared that ‘Police Lives Matter’ in the spirit of fair hearing and justice for murdered and injured police personnel before and during the mayhem.

This was contained in an address read by the National Coordinator, CAGG, Nazir Galadanchi, at a press conference held in Abuja, over the current state of security in the country.

Galadanchi also argued that claims by some Nigerians he described as mischief makers, naysayers and those who do not mean well for our country are spreading news that Nigeria is slipping into lawlessness.

He further stated that President Muhammadu Buhari is doing everything possible to ensure there is peaceful, progressive, prosperous and unity in the nation, and said they salute his passion for good governance and development of the country.

Also acknowledged the doggedness of the Inspector Genral of Police, IGP, Mohammed Adamu Abubakar, and other service chiefs for their onerous efforts to guarantee security of lives and property in this trying times of the nation according to the orders of Buhari, and prayed they succeed to keep Nigeria safe and secured.

The group also condemned the recent acts of violence, arson, vandalization, mayhem and looting in certain parts of the country perpetrated by agents of doom, plain criminals and nihilists, ostensibly in the name of #EndSARS.

They also called on the police and other security agents not to spare anybody caught or believed to be connected to the dastardly acts of looting and destruction, and should be prosecuted and punished, because their act was sheer barbarism, demonic under the guise of #EndSARS protests to unleash terror on innocent Nigerians, and are the real enemies of Nigeria.

He also accused Amnesty International for alleged fueling of crises and thriving on “fake news, mainly lifted on social media, without verifiable evidence”, and added that AI’s claims were always one-sided, condescending, laced with mischief, and hubris.

And he decried AI for not recognising police officers killed and their families’ who are currently in pain and grief.

He also called on the Senate President, Speaker of the House of Representatives and Members of the National Assembly, State Governors, the international community, various civil society organizations, the media as well as notable bloggers to consider the plights of Nigeria police personnel have suffered attacks, killed and injured on the line of duty, because Police officers’ lives also matter.

He said: “Their action is purely anti-people, anti-democratic, and sheer wickedness. Remember that these criminal elements embarked on willful attacks on persons and destruction of public and private property, looting spree and arson, smashing vehicles, and even murder. Regrettably officers and men of the Nigeria Police Force were the main target.

“Those who take advantage of the attack on the Police community by looting and destruction of public and private facilities should be immediately arrested, prosecuted and be made to face the wrath of the law.

“We are aware that the real intention was to demoralise the Nigerian Police personnel by burning their facilities, carting away their weapons and killing their personnel. The aim was also to demonize and intimidate the men and women of the force. But they are totally wrong and have failed.

“We hereby commiserate with the Inspector General of Police, IGP Mohammad Adamu Abubakar and families of the Police personnel who lost their lives, including the injured, during the unfortunate incidents across the country.

“We therefore call on the Senate President, the Speaker of the House of Representatives and members of the National Assembly, State Governors, the international community, various civil society organizations, the media as well as notable bloggers to consider the plights of Nigeria police men and women who are being attacked, killed and injured on the line of duty because Police officer’s lives also matter.

He also stated that police officers and men should be given unfettered access to legal service, “We however, condemn the decision of the Nigeria Bar Association, NBA, to offer free legal services to those who have committed criminal offences of looting, vandalism and arson, without extending similar pro bono services to the families of injured and murdered police officers in the line of duty.

“This is quite curious, strange, unprofessional and tends to portray the NBA as supportive of, or even complicit, in the dastardly actions of these alleged enemies of peace and of Nigeria. It equally portrays the NBA as enablers of crime and anarchy. How sad!

“We wish to recommend that affected police officers and men should be given unfettered access to free legal services and accorded justice and fair hearing at the various Panels of Inquiry set up by the Federal Government and in the states because in the first instance, they are Nigerian citizens before they are Police officers and men.

“They are therefore deserving of free legal services. So we challenge the leadership of the NBA to retrace their steps and do the right thing in the spirit of patriotism and fairness.”

He also pledged support of the group for the police, “We assure the IGP and indeed the entire Police family of our unflinching support in their efforts of keeping Nigerians protected, and maintaining law and order. We salute the heroism and courage of officers and men of the Nigerian Police Force for their gallantry even in the face of attacks, provocation and adversity.

“These great and patriotic officers and men are still doing their jobs of keeping us secure and safe. We commend them and want them to know that millions of Nigerians appreciate their efforts, supports them and are praying for them.

“We want to appeal to the government to focus on the welfare of these gallant police officers and men in terms of better training, provision of modern kits and equipment, and increase in their salary packages as promised by Mr President during his national broadcast recently.

“We also call on state governors to support the NPF with all the resources they can muster to meet their needs for effective protection of lives and properties of citizens in their states. We are saying this because the police right now is the target of criminals and evil-minded and failed politicians.

“We once again, wish to assure the NPF that patriotic Nigerians will never allow this country to slip into anarchy. We will join forces with the security agents in this country to stop it from happening.

“Also, we want to advise the youths to cooperate, support and give government chance to fulfill its pledge and commitments made during the #EndSARS protests and after, including the pledge to reposition and transform the police and roll out short, medium and long term programmes that would secure this country, create jobs and wealth for all. 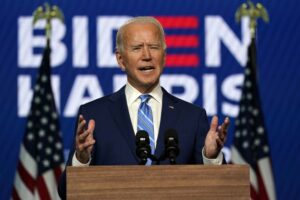 US Poll: We honour results, won’t stand for anything else ― Biden

Germany extends partial lockdown but plans an exception for Christmas 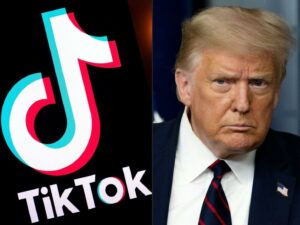